Here’s a nice high-rez brain and skull render I made in 3ds Max, available on istockphoto.com 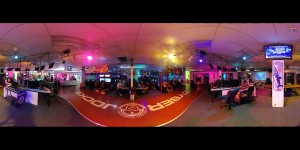 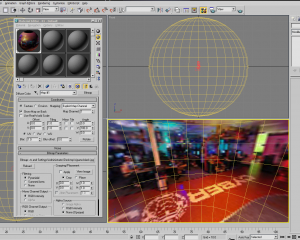 Before construction of the sign for CyberJocks in Austin, Texas, I created a simple previsualization to be sure the sign would look right. The plaza regulations stipulated a white sign with gold trim (barf) which was not at all in line with what we wanted. Here is what the sign in Buffalo, New York looked like. 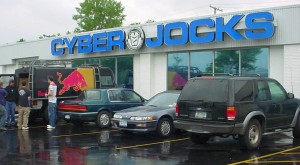 And, it looked awesome at night. When I designed it, I specified a strip of exposed red neon tube mounted on the channel behind the letters. The sign manufacturer, Mike Yost of Yost Neon Displays (awesome guy!) said it was one of the coolest designs he’s ever seen or built. That sure made my day!

Naturally, a sign done in white and gold would not have fit our intended tradedress, but the plaza management would not relent. Here is the previs, with the sign after fabrication and installation: 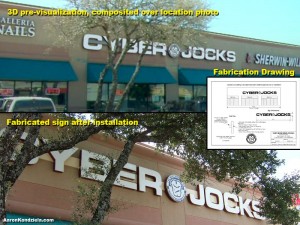 It wasn’t nearly as bad as we had anticipated. Actually looked pretty nice, even though it wasn’t in our proper color scheme. And we couldn’t do the cool neon strip below it. Moral of the story: for maximim brand-building potential, buy your own outparcel, plazas are a pain to work with.