On Chandler Street, in Buffalo NY, on July 13th 2011, a three-story building full of industrial grease caught on fire around 5:00am – and burned all day and well into the night. There was little the Buffalo Fire Department could do to put it out, so they focused on containment and keeping the neighborhood safe. These are a few photos, taken after the fire had blazed all day for eighteen hours. They had finally gotten it under control, and were keeping it cooled while the remainder burnt out.

Check out the photo gallery on the Buffalo News website also.

Awesome thunderstorm over Buffalo, NY tonight. I saw some of the brightest lightning I’ve seen in quite some time, with some serious groundstrikes. This stuff was loud enough that people were sending me messages along the lines of “HOLY SHIT DID YOU HEAR THAT?!” Flash! BANG! Cue car alarms and fire trucks. Oh how I love a good storm!

So, I did what any sane person would do: grabbed my camera, and stood out in the storm to chase the lightning’s tail! Luckily the lightning didn’t kiss me tonight… maybe next time 😉

Another set of images for a Lip Service Webzine article! It seems they like our work enough to create a regular feature, Lethal Style – penned by Vanity Kills and photographed by yours truly and a few others, depending on the circumstances. It’s quite entertaining to put these shoots together, driving around randomly in search of nifty locations. We ended up at Buffalo Central Terminal for this one, as our first choice didn’t work out. Bea and Meagan are a blast to work with, too!

END_OF_DOCUMENT_TOKEN_TO_BE_REPLACED 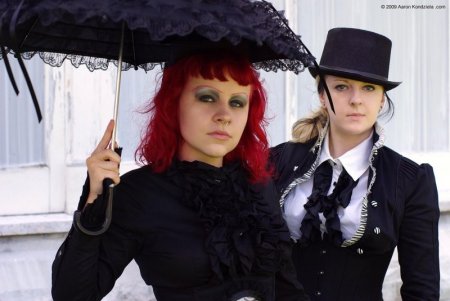 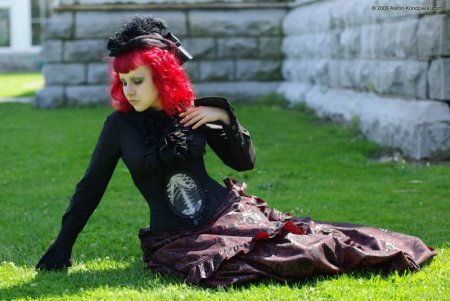 Bea lounging on the lawn.

This set is from a photo shoot for a Lip Service webzine article. I first met Bea at the Auxiliary Magazine release party, where there was a Lip Service fashion show. We took some closeups for a makeup tutorial, and then went for a drive to find a good location for the fashion shots. The first stop was at the waterfront, which would have looked much better around sunset. Plus, it was too windy, and the models were too squinty in the bright sunlight. We ended up heading to the Buffalo Botanical Gardens, which offered quite a nice compliment to the mood of the clothing. Thanks to the direct sun (ick), I used a good bit of fill-flash, and it was a challenge to balance the light levels and contrast. There are a few images that I’m very happy with, shown above, and a bunch of other good ones which you can see after the jump, below.

END_OF_DOCUMENT_TOKEN_TO_BE_REPLACED

I have put together a promotional poster for the upcoming film Cleric. We wanted a soviet constructivist design aesthetic for the text, so instead of using a canned font I drew the CLERIC logotype custom for this project. Call it retro-futuristic avant garde soviet constructivism with a dose of unsettling lines to echo the film’s string-theory timeline warpage. Yeah, that doesn’t make any damn sense to me, either. The rest of the film will have even more references to the soviet-esque aesthetic subtly scattered throughout. I have plans for a few other posters in other styles, some leaning towards graphic novel, others towards illustrated propaganda poster. We’ll see how much time I can take to make them, being completely swamped in post-production hell right now. Visual effects take a loooong time to do right! 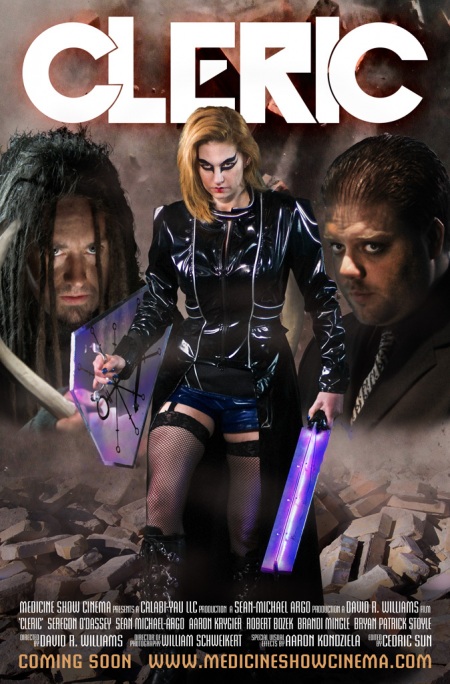