I’ve been wondering how much heat the CPU on the Novena puts out, and if the tiny heatsink (no fan) is sufficient to cool it. After letting the machine sit idle for an hour or so, running X with a browser but nothing else with high load, I shot a few images with a Flir E-series camera. Allowed the Flir to stabilize its self-calibration for a few minutes, and then got these images: 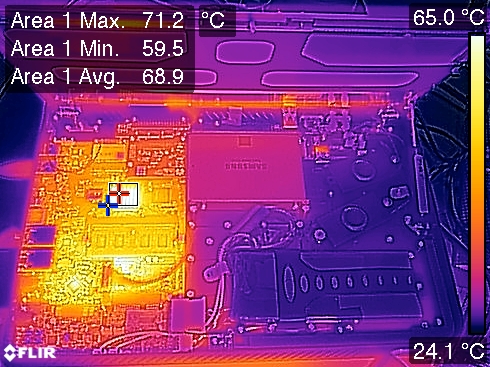 Close-up image of the PVT2-A board, charger, display adapter, and GPIO breakout board: 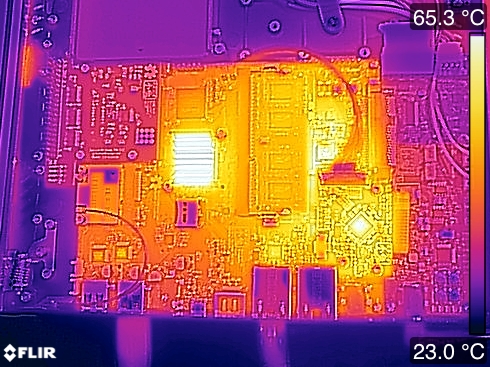 And the same, with data overlay: 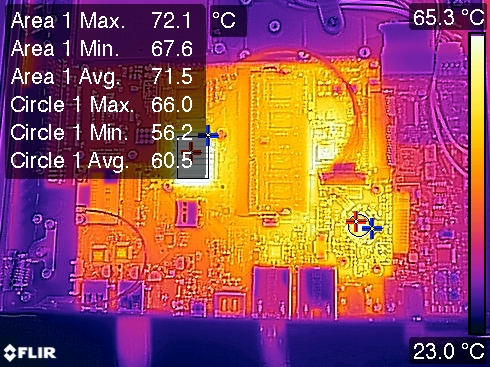 The CPU heatsink temp was calculated using an emissivity of Îµ0.83 for red anodized aluminum, and I used Îµ0.95 for the display board chip’s black plastic. Remember kids, thermal emissivity is important to keep in mind!

The i.MX6 datasheet lists the operating temperature range as 90C typical, with 105C maximum. Even still, it seems to run a bit hot at idle in my opinion, and I need to test it under extended load. Also will test with the lid closed (not sure it was designed to be operated that way) and in different orientations.

I’ve also found a possible power supply issue when running on battery under high CPU load, but I still need to investigate.

Update 3 May 2015: I’ve been compiling KiCad for over an hour, and it’s sitting at near 100% CPU use on all four cores, and running at max clock speed. Figured I should take another thermal pic while it’s hot. Not terribly bad for the hotspots, within the datasheet tolerances. Hotter than I’d prefer, and I don’t think I’d run it this hard for long with the lid closed, but no troubles. 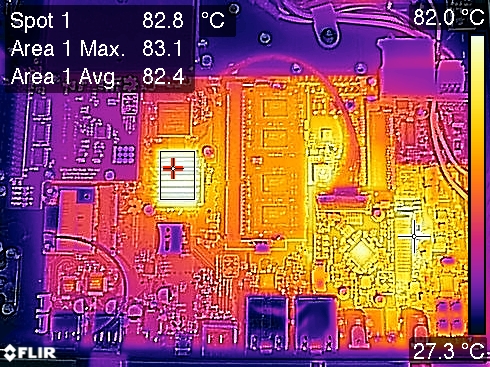 Also, the power supply issue under high load that I suspected, I now think is probably related to a timing issue in the eDP chip as reported here by xobs: http://www.kosagi.com/forums/viewtopic.php?pid=1385#p1385