I’m working on production for a film called Cleric, being made by a fantastic group called Medicine Show Cinema, among other things. I am serving as the CGI effects supervisor, production photographer, second camera, and put on other hats as needed to make this insanity happen. You’d be dumbfounded at how much has to be done. Even still, I am so totally loving working with a group of such talented, enthusiastic and cool people – amazing performances, hott costumes, scary makeup, a beast of a DP, and support working their butts off! So for all of you, cast and crew, I can only say you rock!

Here is a small sample of behind-the-scenes photos from days one and two of the film shoot for Cleric. These are unprocessed and shrunk for the web; full size and retouched images will be available after production is complete. Photos taken by me, Cedric, and probably a few others who were handed my camera at some point! Gotta spread the love, right? 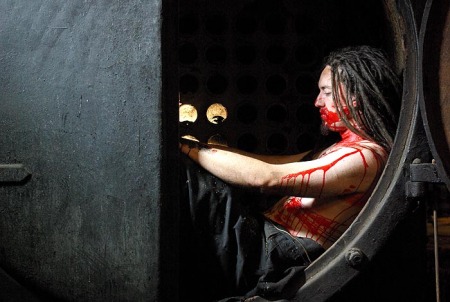 See the full gallery after the jump: