More behind-the-scenes photos from day six of the film shoot for Cleric.

Betrayal by the innocent. It hurts more, because you never see it coming. Well, Bill saw it coming in the viewfinder of the Red, while Cedric and I handed off the HVX in a dance of taichi meat dolly action. The Alpha Howler woke up on the wrong side of the concrete slab, and decided to weild a seven-foot long battle chainsaw while slaughtering any hive scum foolish enough to attack him. Samara, weakened after her betrayal, was nearly eaten alive by a punk Belower, who selected choice D. How’d that turn out? Watch the bloody movie, mate! 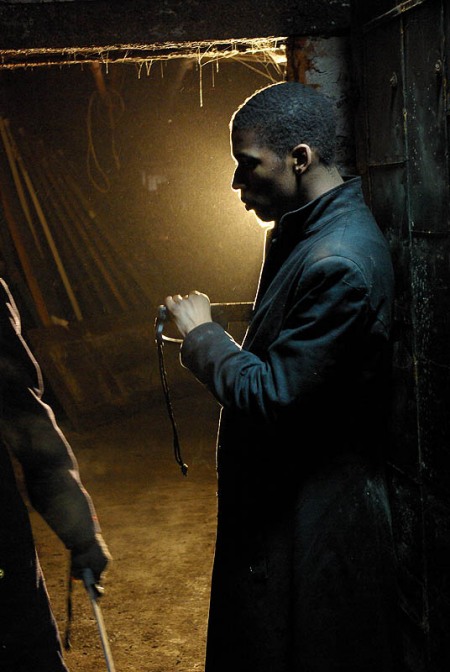 Careful, day six might chop off a limb after the jump: